The ISU GIS Facility Manager, Robin McNeely, recently gave a presentation for the Iowa Geographic Information Council Lunch and Learn series about new data products that the GIS Facility has been producing. Here is a link to watch Robin’s presentation, which begins around (29:20): https://iastate.webex.com/iastate/ldr.php?RCID=64ed815f6c8eaa323fa5c88cc36d7d60.

She highlighted the completion of the Historic United States Geological Survey (USGS) 24,000 Topographic Map series ArcGIS service. The 24k historic topo maps were downloaded from the USGS TopoViewer as georeferenced .tif files, inventoried and put into an ArcGIS mosaic dataset. The dates for those maps for Iowa are 1949-1986. They are currently in a published map service on ortho.gis.iastate.edu and as a layer in the Iowa Geographic Map Server (see map below.)

Here are photos from yesterday’s GIS Day event. We had over 50 visitors stop by our table in the ISU College of Design lobby for information about undergraduate minor in GIS and graduate GIS certificate, cupcakes, posters, trading cards and to help put our map puzzles together.

This year IowaView Staff are presenting their research at a virtual university research conference. Staff built a poster using a tool called iPoster. Click on the poster below to interact with the virtual poster (available for a limited time, through March 2021).

Have you seen this online tool for downloading conservation practices by watershed in Iowa?
Check out the online tool: https://bensonvip.gis.iastate.edu/ISU/BMP/BMP.html 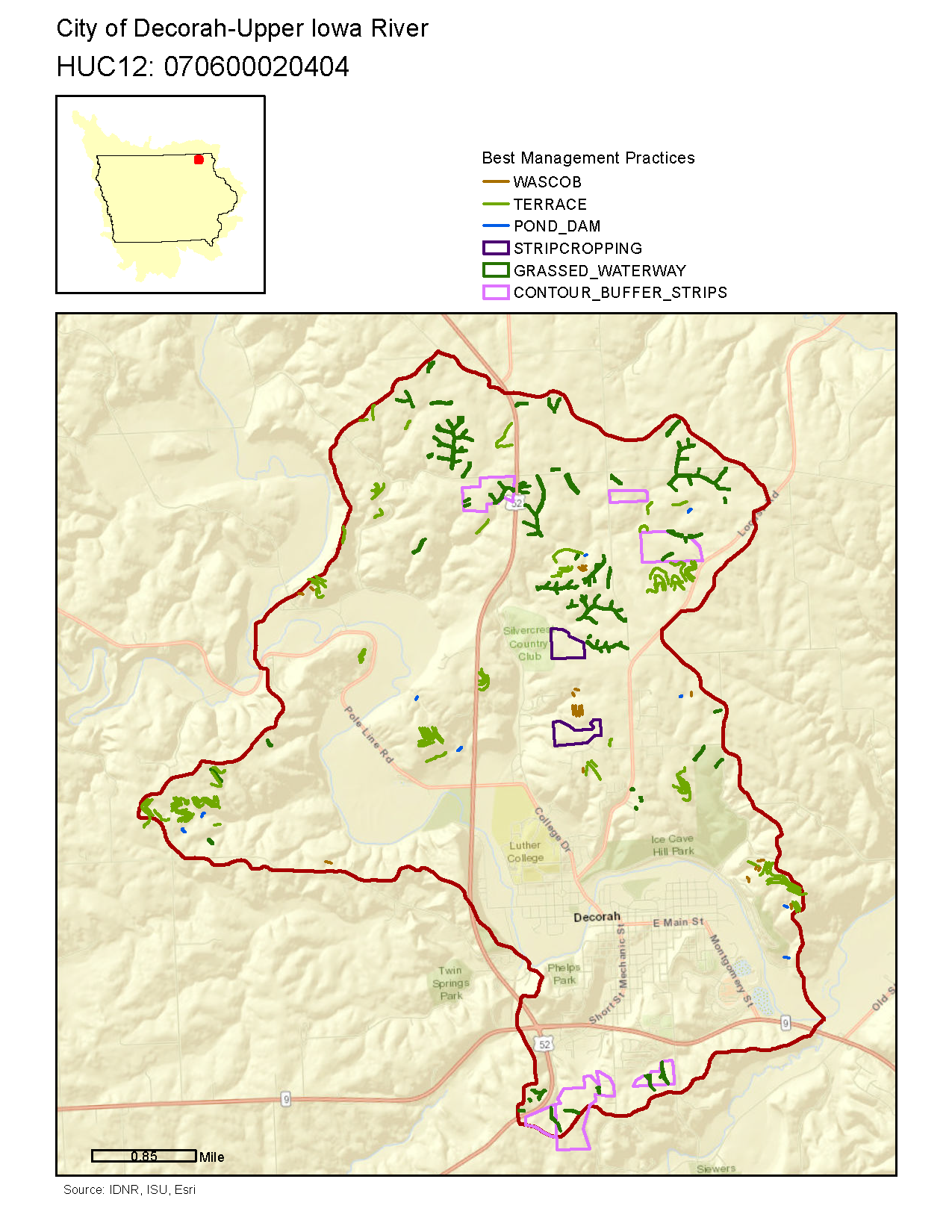 An example of the pdf output